India has 28 states and 7 union territories all over the country. Every state has its own culture, boundaries, religion, customs, laws, area, population etc. The areas of each state is being described in the below table which will surely help you somewhere in life.

States in India by Area

Which is the largest state in India? 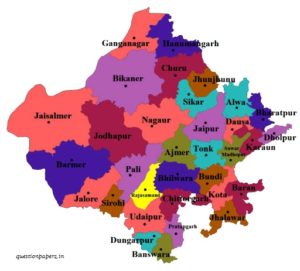 Which is the smallest state in India?

The smallest state of India is Goa with an area of 3702 sq. km

Union Territory in India by Area

Each state has defined area which is recognized for a particular state. This is an important section of General knowledge because this is a part of many competitive examinations. The students of each level should be aware of the area their state covers in km2.

Atleast the state with largest area i.e. Rajasthan and smallest state i.e. Goa should be known to all. The union territories are also detailed- area of which can be remembered as a part of general knowledge. General knowledge study material will include the area covered by each state in the India, How are the states divided in India, the capital regions, their languages etc.